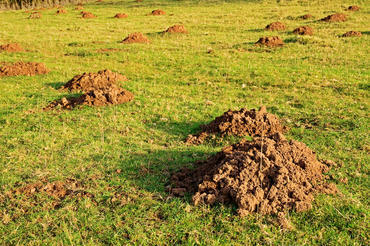 The Velvet Gentleman, known by many as a cute, cuddly, wise character in many a children’s story, the mole is not an animal that causes people to be frightened of it, or find distasteful.

However, there are instances where the mole is not welcome and, when this is the case, the services of a professional pest controller are needed…

The problem with moles

Moles naturally live in woodlands, especially places where the soil is sandy and loose, meaning they can excavate their warren of tunnels quickly and easily.

Lone creatures, they eat earthworms and other insects and spend their lives in the dark; with incredibly poor eyesight but a keen sense of smell and touch, moles are odd looking creatures – with large hands for shifting large amounts of earth in any given day, and small pin-head eyes that can see barely anything.

They rarely make a nuisance of themselves but there are instances, both urban and rural, in which the presence of moles can cause problems…

How moles are dealt with 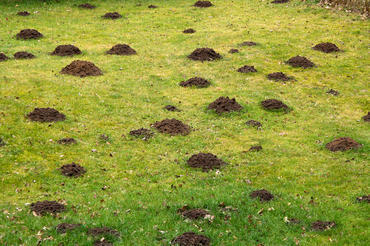 In the vast majority of cases, moles are humanely trapped and relocated to their natural habitat – local woodland and forests away from towns and cities etc. However, there is an important preventative role that the pest controller plays; if another mole come across vacated tunnels, they will simply move in and molehills will carry on appearing. It is important that these tunnels are blocked off or filled!

In rural setting, where the congregation of moles is causing serious land management issues, the population may need curtailing and once again, the professional pest controller, with a range of equipment, methods and tools at their disposal will be able to quickly and effectively deal with. Likewise, long term contract work can also be useful in keeping the mole population in check and forms an important part of land management in North Lincolnshire.

Not to be feared

Moles are not to be feared like other pests; they do not carry disease and do not intend on encroaching into our space, whether that is a lawn, garden, bowling green, sport pitch etc. Like all other pests, trapping moles and causing them undue harm or distress is a crime under various animal protection laws.

If you have a problem with moles, then please call us – we can help!